This Ad for the 2014 Good Sam Show appears on the inside cover of the July 2014 (Issue #135) American Miniaturist magazine. The Show will be held October 11-12 at the Doubletree Hotel in San Jose, CA. There will be 116 exceptional miniature dealers, of which 18 are international. Eight workshops with first-rate instructors are scheduled on Friday, before the show. Come and join the fun!  http://goodsamshowcase.miniature.net

Click on any photo on the Blog to enlarge. 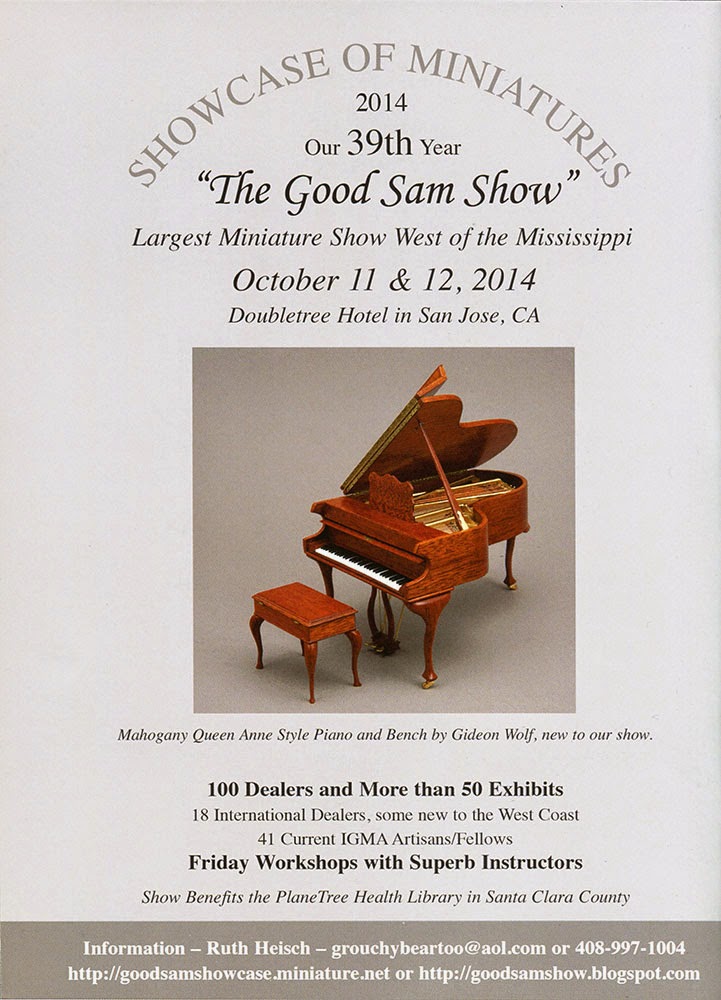 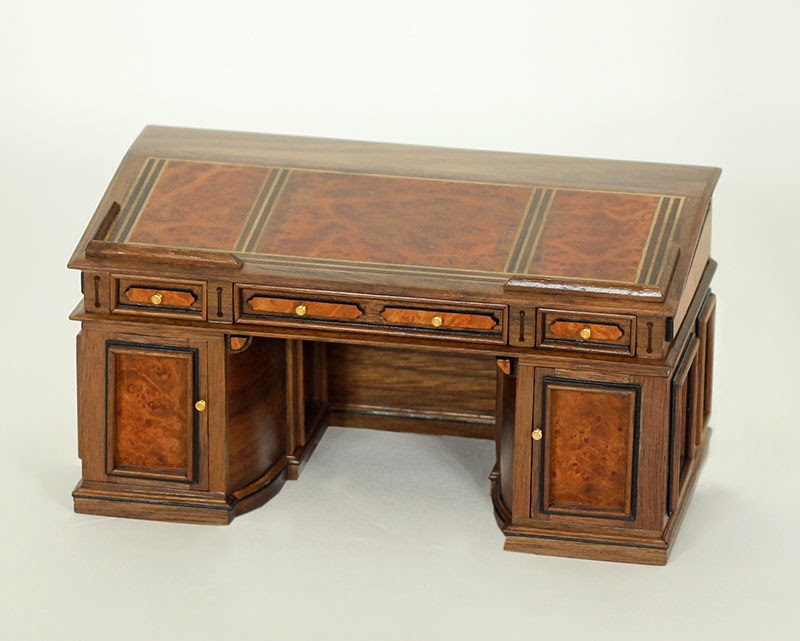 Email ThisBlogThis!Share to TwitterShare to FacebookShare to Pinterest
Labels: Furniture

Here are three more of the workshops that will be offered at this year's Good Sam Academy. The classes will be held from Oct. 13-17 at our Morgan Hill, CA facility, immediately following the Show. The workshop space is divine--airy, big and light. It is a fabulous opportunity to learn new techniques from miniature masters in a relaxed and inviting atmosphere. Come and join the camaraderie. 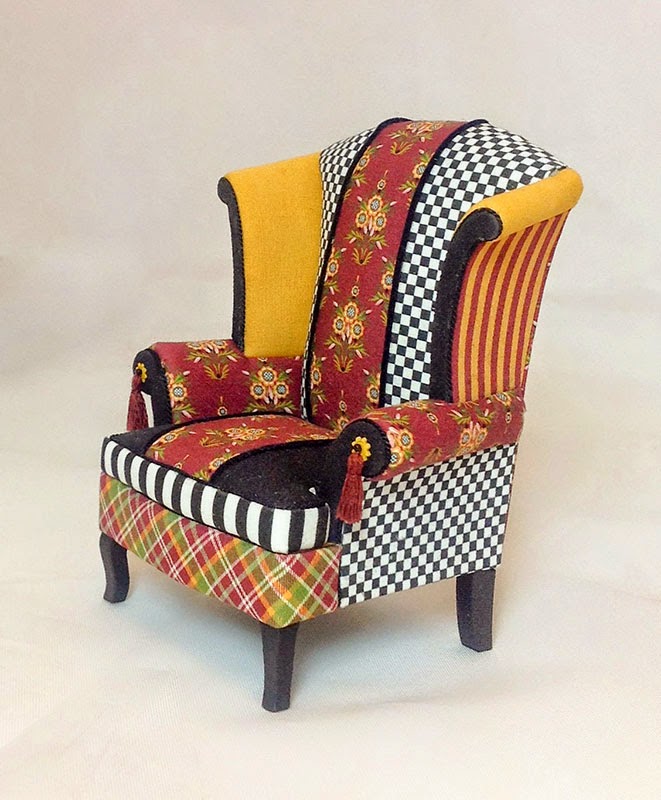 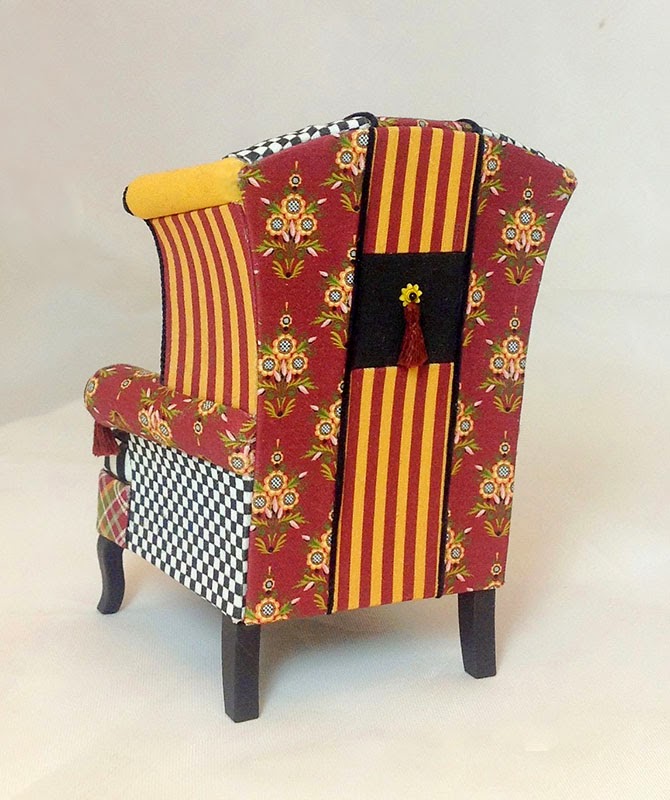 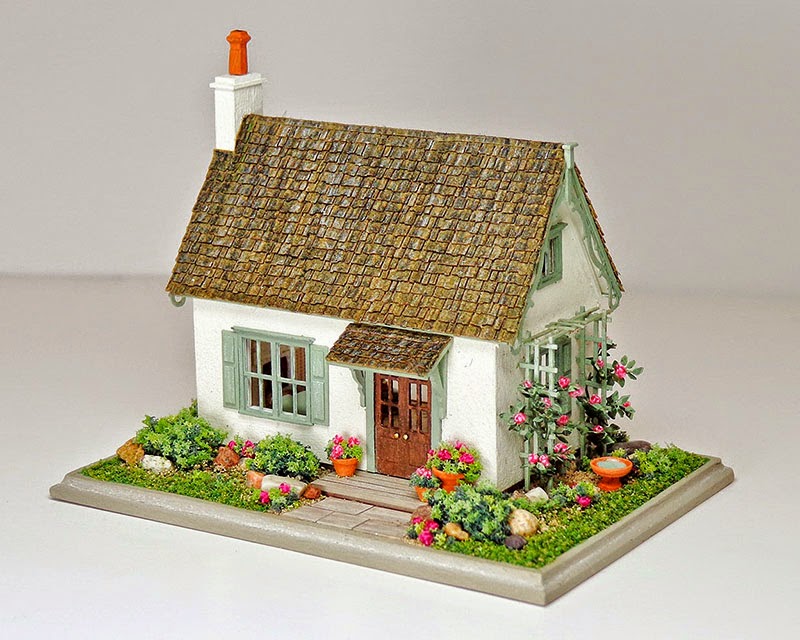 The Academy was designed to be an open environment where teachers and students interact with each other before, during and after classes. Seasoned miniaturists work alongside novices and are encouraged to work together and share ideas. One student wrote, "Instructors and students left with a sense of having been part of something much more rewarding than the organizers had hoped to achieve."

For detailed information, go to:
http://goodsamshowcase.miniature.net/goodsamacademy.htm. Send in your GSAM registration now. The deadline for registering is September l, and fast approaching. If you have questions, contact Connie Sauve, GSAM Director. Phone 209-474-2870. Email: connie@thechinadoll.com.
Posted by  2019 Good Sam Show at 12:03 PM No comments:

The talented Karen & Alan Cary are offering a new quarter-scale workshop to built "The St. Louis Shanty Boat." It has a main cabin area with bathroom and a great room for living quarters. Stairs lead up to the second story Captain's Bridge. There are two outside decks. Interior furniture kits and accessories will be available to purchase during class. All skill levels welcome. Class duration: 9 am to 5 pm. 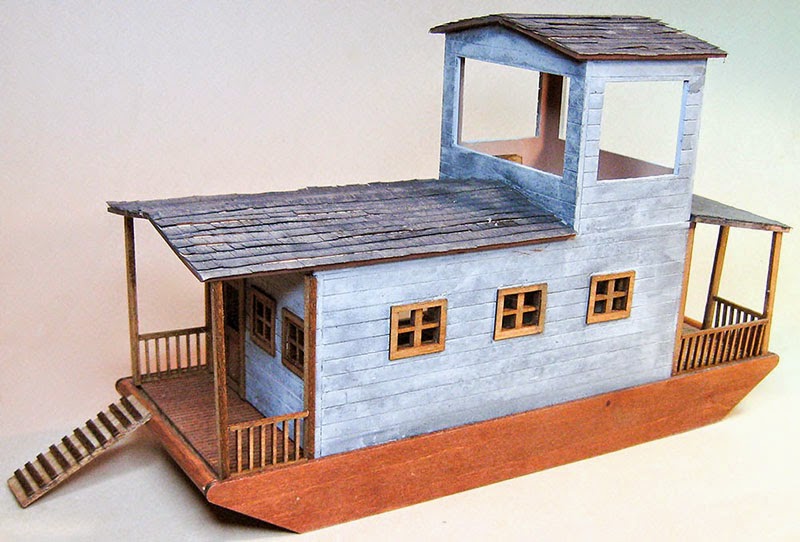 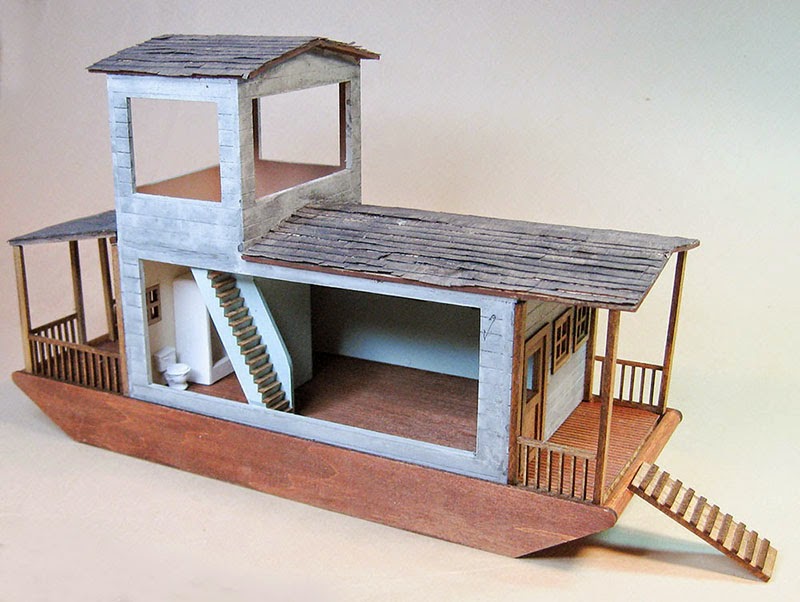 The husband and wife team of Karen and Alan Cary sell as Karen Cary's Miniatures. They work exclusively in small scale and design quarter-scale kits for structures and furniture. Their line includes Medieval, Victorian, French, Dutch and Japanese to name a few. They also create some structures in 1/144th scale. They offer laser cut decorative moldings, trims, railings, gates, stairs, windows, and doors. While the Carys are offering a Friday workshop, they will not be dealers at this year's 2014 show. You can buy kits and supplies directly from their website. Here are photos of a few of their available kits. Email: minis@karencary.com. Web: http://www.karencary.com

Email ThisBlogThis!Share to TwitterShare to FacebookShare to Pinterest
Labels: Quarter-Scale

Carolynn Walden, Eureka, CA exhibited the "Salle de garde" at the 2013 Good Sam Show. Carolynn is a publicist with the Good Sam Show and a long-time miniature collector. "I made this building in a Rik Pierce class. I transformed it into a French Renaissance guard room ("Salle de garde"). In medieval times, it was a fortified room in a castle or a gatehouse. During the Renaissance it became the grand entry room where ornaments were displayed to impress visitors with the owner's wealth and power." 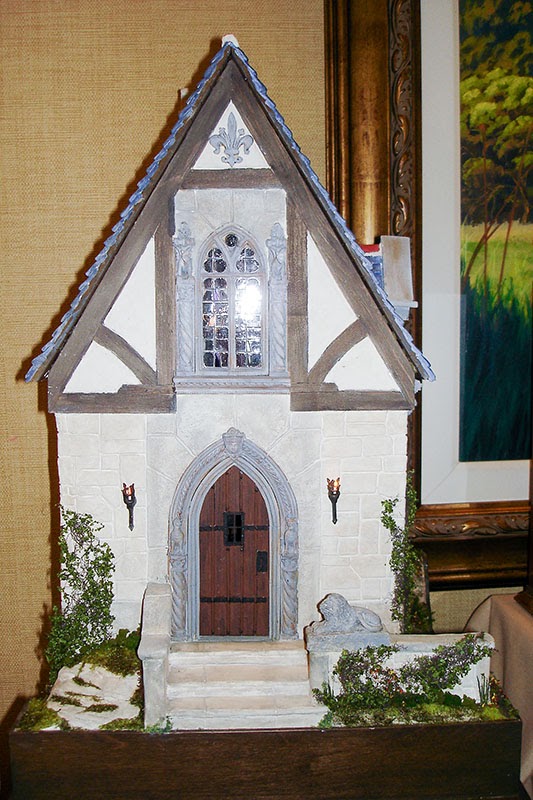 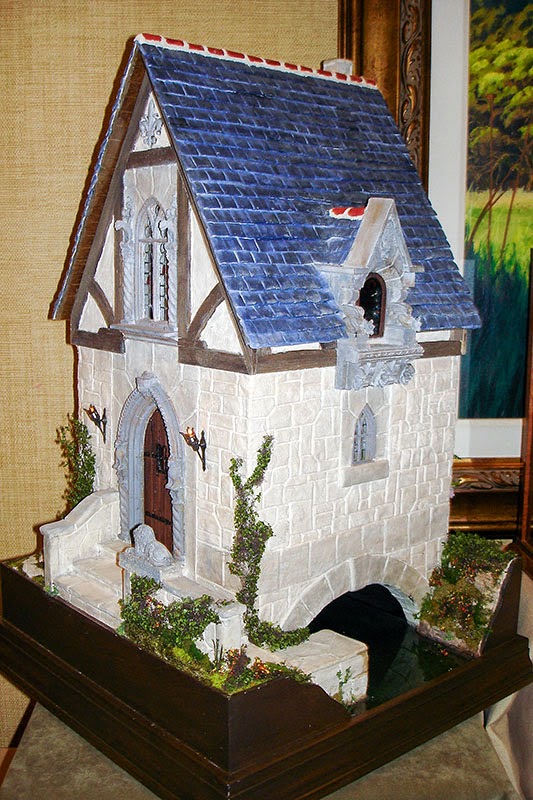 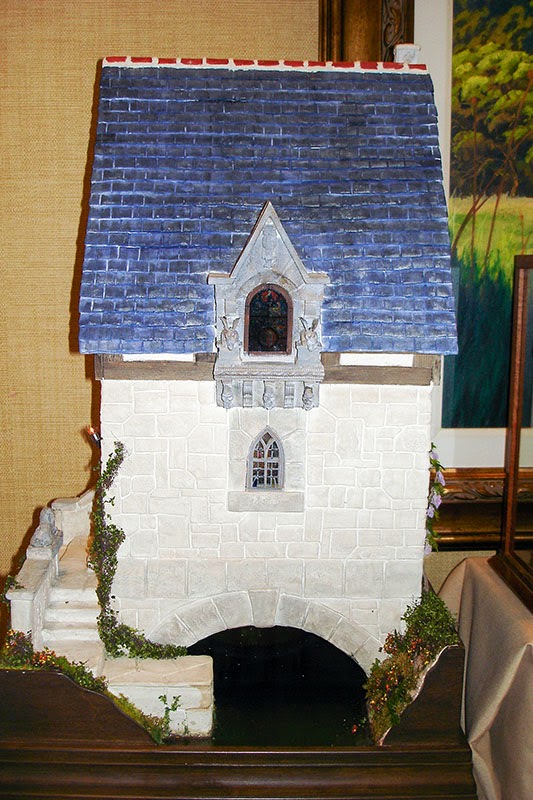 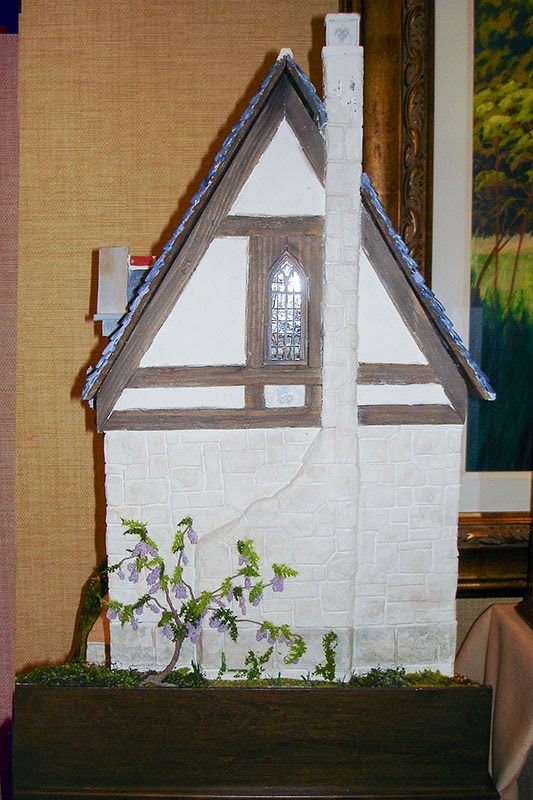 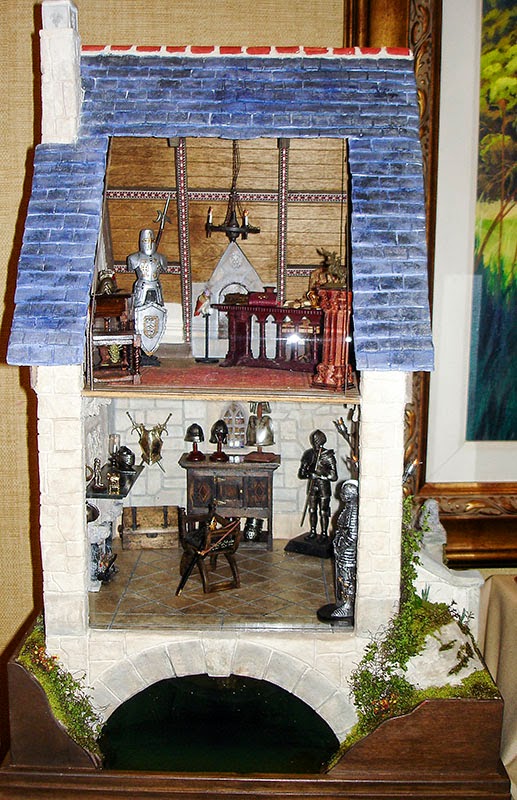 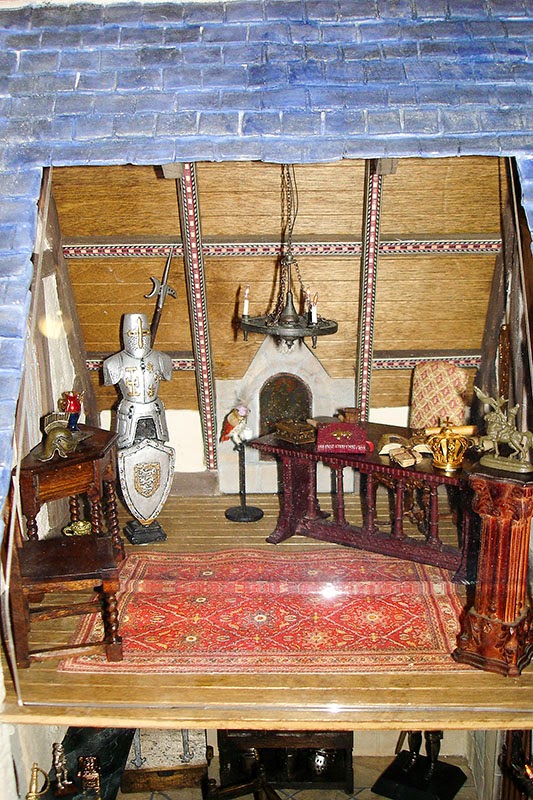 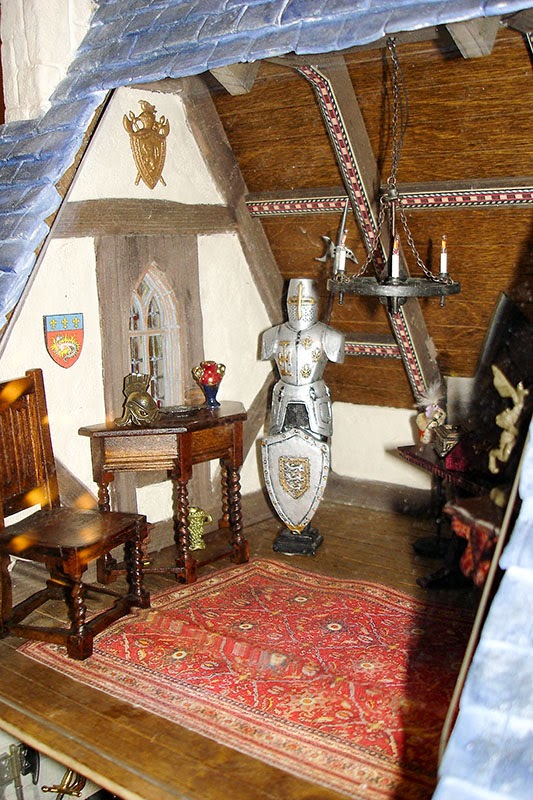 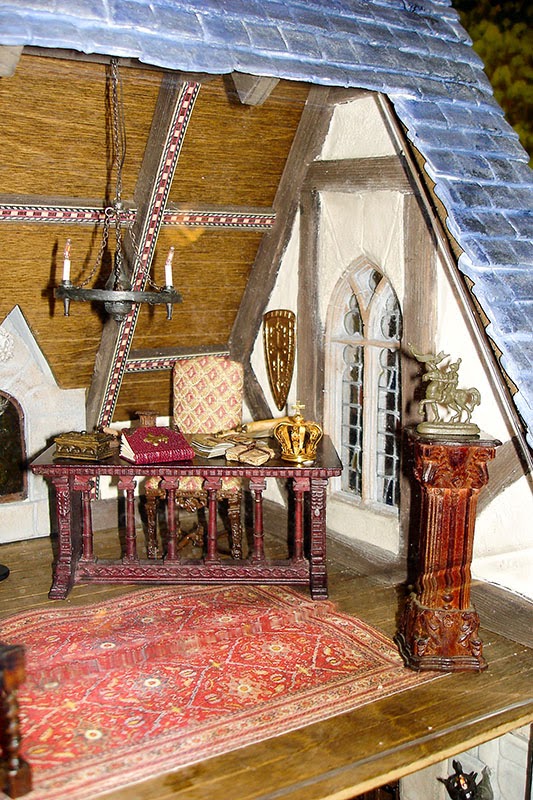 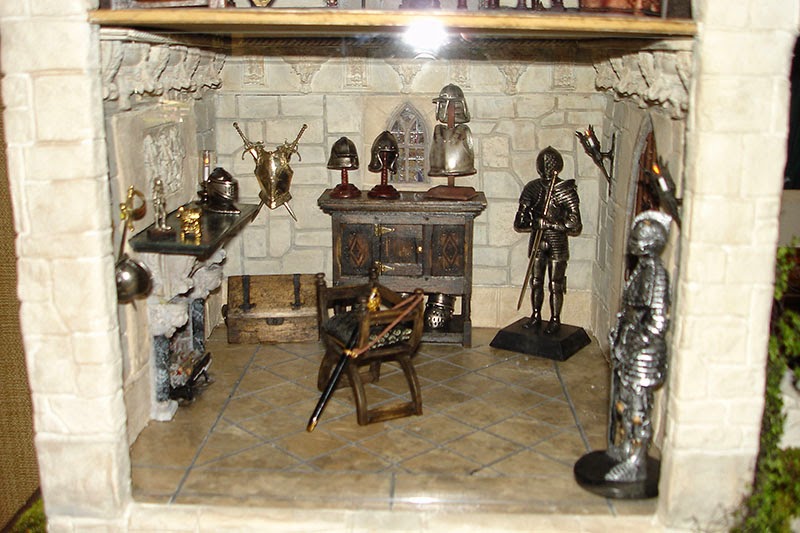 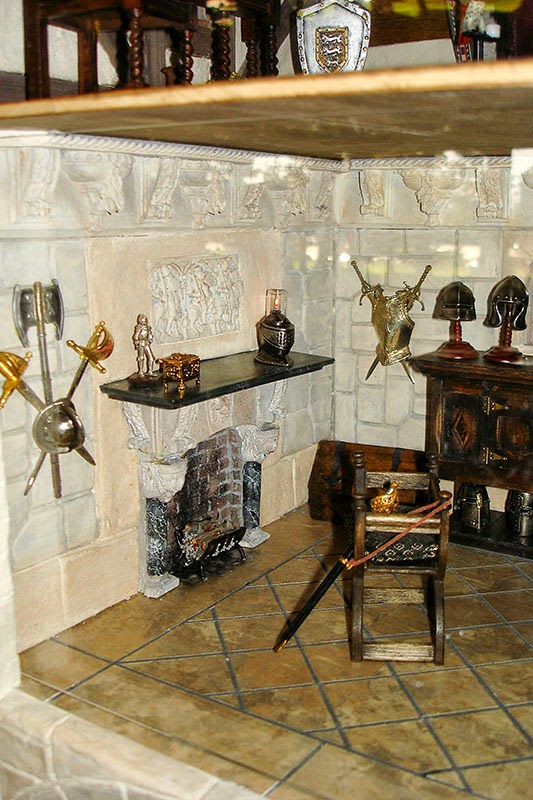 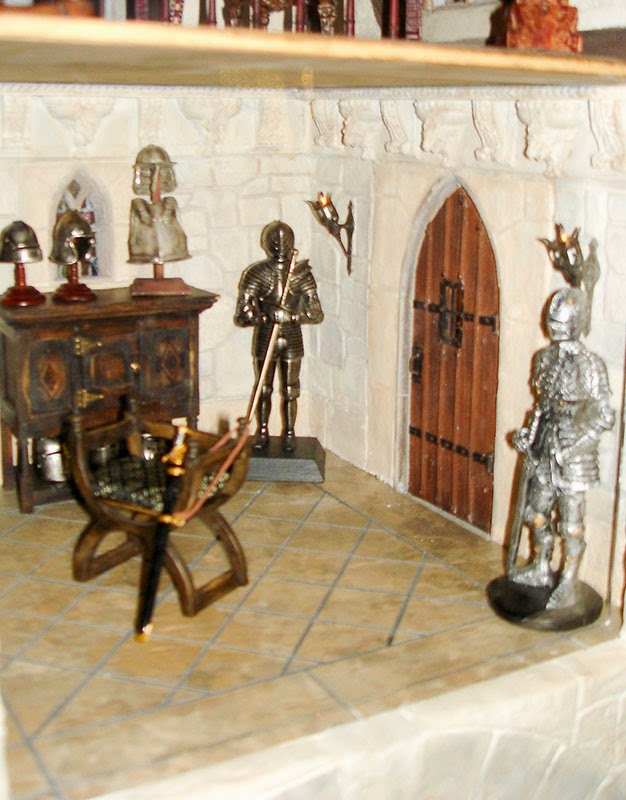 "There is a small carved salamander on the exterior chimney wall. This is the emblem of the 16th century king, Francois Premier (Francis 1, 1494-1547). He is credited with initiating the Renaissance in France. His emblem can be seen on many buildings throughout France." In 1:12 scale, the exhibit is 18-inches wide, 18-inches deep and 30-inches tall.

Email ThisBlogThis!Share to TwitterShare to FacebookShare to Pinterest
Labels: Exhibits

Nine workshops will be held at the Academy from Oct. 13-17 at our Morgan Hill, CA facility immediately following the Good Sam Show. Miniaturists of all skill levels will have an opportunity to practice their craft and learn new techniques while having fun in a relaxed atmosphere. Here are three of the workshops being offered. The deadline for registration is September l, and approaching fast. Why don't you come and join the fun, too?

Click on any photo on the Blog to enlarge.

For detailed information, go to:
http://goodsamshowcase.miniature.net/goodsamacademy.htm. Send in your GSAM registration now, before your favorite class gets filled. If you have questions, contact Connie Sauve, GSAM Director. Phone 209-474-2870. Email: connie@thechinadoll.com
Posted by  2019 Good Sam Show at 9:33 AM No comments: